Invest in your future health & prosperity

Aging populations have become a major concern in many countries, which have to decide how they will support their old people and replace them in the workforce. Together with the research of Bill Andrews, Ph.D., we aim to develop a solution to properly maintain telomeres, avoid diseases and aging as much as possible, and deliver a healthy and happy life for the middle aged and senior people all over the world.

Invest in Telomere Coin today to gain exclusive discounts and access to telomere products and treatments, and to help us raise much needed funding for telomere research.

By investing in Telomere Coin (TXY) you will:

By investing in Telomere Coin (TXY) you will:

Telomere health has a deep connection to human health at a cellular level.

The telomere total solution program will raise a lifespan revolution

Defytime’s mission is to make people more healthy, and make future society more prosperous. We aspire to build products and services that improve the lives of billions of people globally. To pursue this, we combine and integrate several business approaches which are classified as follows:

The test enables early prognosis not only for the individual’s longevity but also for various diseases including cancer, hence is known to play a pivotal role as an independent biomarker. 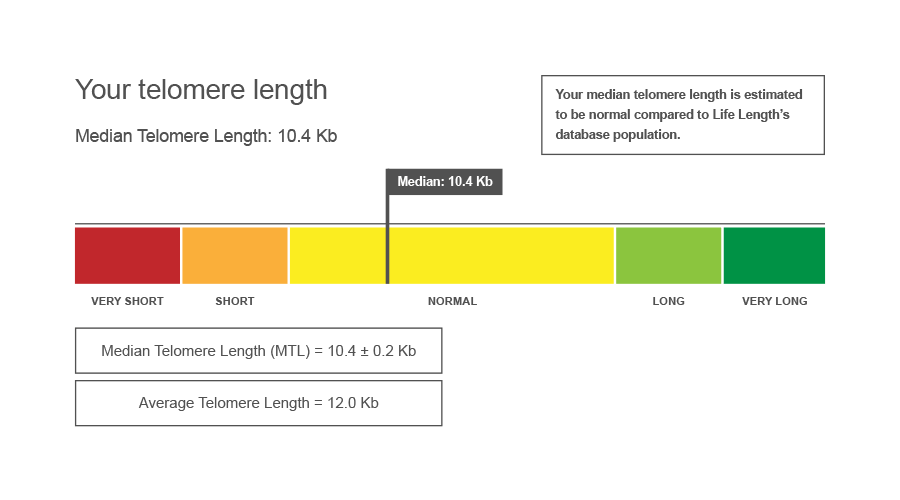 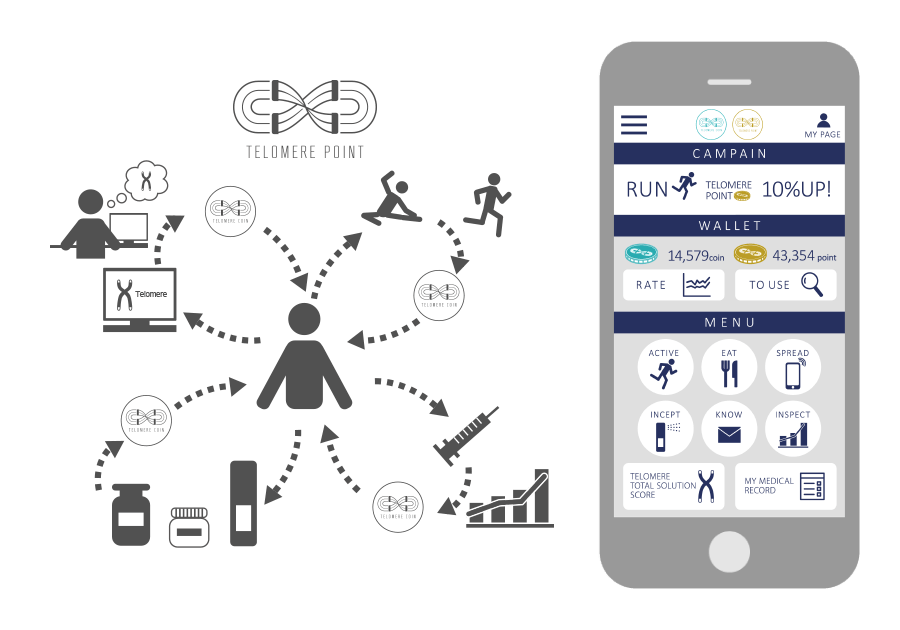 Telomere Support Advance is a set of services designed to guide individuals towards better control of environmental factors to reduce the acceleration of telomere shortening. A smart-phone app is in development in order to place this control into the hands of the individuals themselves.

With Telomere Points, we are incentivizing you to look after your telomeres. We work with various companies who want to reward you for staying young and healthy, thereby contributing to healthier human life and reduced healthcare costs. Our plan is, by earning and accumulating points, you can redeem to exchange for Telomere Coins.

Telomerase Activating Molecule is a name of a substance that Bill’s team has discovered and patented. It is a molecule that induces and activates telomerase. Taken after the name of this molecule, we have branded as “TAM” our product lineup designed to provide telomerase activating effect on human cells.

We have launched TAM-fortified products in various categories, such as Skin Cream, Beauty Serum, Oral Spray, and Supplements. We are working hard on developing even more innovative products containing TAM.

Browse our products in the telomere shop 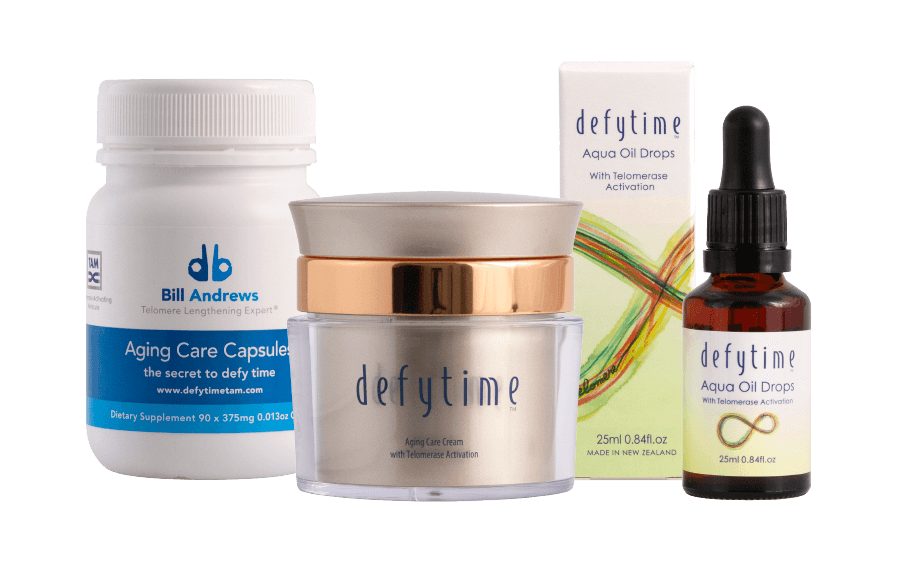 The term ‘TAR’ refers to our planned service offerings including medical database and artificial intelligence robot terminals to facilitate interactions between patients and healthcare professionals.

The AI robot terminals will have access to a master database stored in the cloud using blockchain technology to ensure information security. Through interactions between the AI robot and the patient, patient data will be gathered and appended to the database.

Patients will have more control over their medical records while maintaining data availability to caregivers, enhancing their ability to provide effective diagnostics, treatments, and prescriptions. Our medical database will function as the basis of a total life management information repository, with the goal of optimizing and maximizing human health and wellness.

In 1990, gene therapy was carried out for the first time in the world, the basic technologies that had been developed over many years bore fruit and since 2011, many successful cases have been successively published in various countries. Soon, we will be in an age where gene therapy is widely practiced.

In Defytime Telomere Lengthening Therapy, a hybrid vector combining the activated human telomerase gene and AAV is made and cultured. The hybrid vector is basically intravenously injected* so that it can be transported to target tissue and delivered into cells via the blood. In the cells, the hybrid vector causes telomerase to be expressed, which restores shortened telomeres.

*The administration method may be changed to suit the patient (target tissue).

In 1990, gene therapy was carried out for the first time in the world, the basic technologies that had been developed over many years bore fruit and since 2011, many successful cases have been successively published in various countries. Soon, we will be in an age where gene therapy is widely practiced.
In Defytime Telomere Lengthening Therapy, a hybrid vector combining the activated human telomerase gene and AAV is made and cultured. The hybrid vector is basically intravenously injected* so that it can be transported to target tissue and delivered into cells via the blood. In the cells, the hybrid vector causes telomerase to be expressed, which restores shortened telomeres.

*The administration method may be changed to suit the patient (target tissue).

*80,000,000 TXY is placed in escrow with BTCC Korea to remove from total circulating supply. 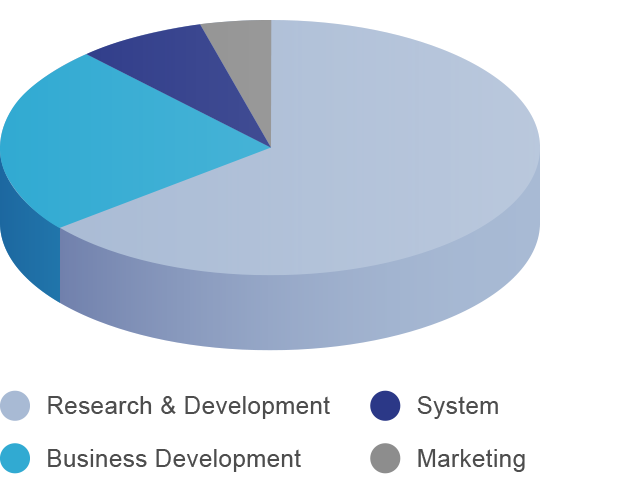 WPLUS Wallet is the mobile crypto wallet application that is needed for trading Telomere Coin. Find out more about WPLUS by visiting their website.

Use TXY Token to get a 30% discount on Defytime products 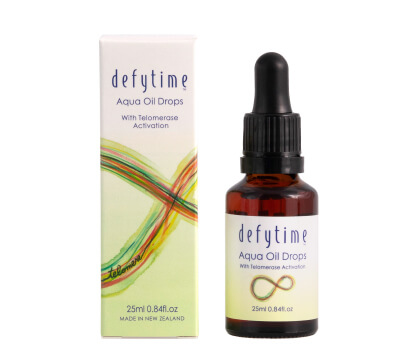 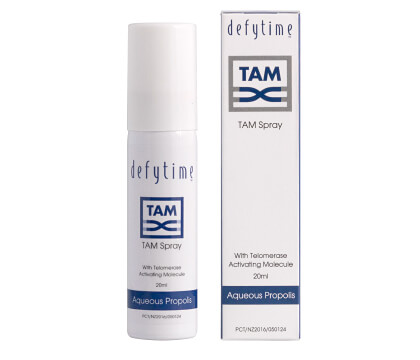 Bill Andrews, Ph.D. has worked in the biotech industry for more than over 30 years, focusing the last 20 years on finding ways to extend human lifespan through the intervention of telomere shortening in human cells.

Bill Andrews, Ph.D. earned his Ph.D. in Molecular and Population Genetics at the University of Georgia in 1981. He was a Senior Scientist at Armos Corporation and Codon Corporation, Director of Molecular Biology at Codon and at Geron Corporation, and Director of Technology Development at EOS Biosciences.

While Director of Molecular Biology at Geron Corporation from 1992 to 1997, Bill Andrews, Ph.D. was one of the principal discoverers of both the RNA and protein components of human telomerase and was awarded 2nd place as “National Inventor of the Year” in 1997 for this work. He is presently a named inventor on [43] US issued telomerase patents. Dr. Raffaele has recently focused his clinical research interests on the role of telomeres in aging and the potential benefits of TA-65, a natural compound discovered to be an activator of their critical enzyme, telomerase. Since 2006, he has been a member of the scientific advisory board of TA Sciences, which licenses TA-65 from Geron, the biotech company that discovered it.

This document is for information purposes only, and is not an offer or a call to sell stocks or securities on the Telomere Coins platform, or that of any other related or associated company.

Telomere Coin are not securities

Absence of guarantees of income or profit

Blockchain technologies are subject to supervision and control by various regulatory bodies around the world. Telomere Coins may fall under one or more requests or actions on their part, including but not limited to restrictions imposed on the use or possession of digital tokens such as Telomere Coins, which may slow or limit the functionality or repurchase of Telomere Coins in the future. Telomere Coins are not an investment

Telomere Coins are not official or legally binding investments of any kind. In case of unforeseen circumstances, the objectives stated in this document may be changed. Despite the fact that we intend to reach all goals described in this document, all persons and parties involved in the purchase of Telomere Coins do so at their own risk.

Technical innovations, like the development of quantum computers, may pose a danger to cryptocurrencies, including Telomere Coins.

Funds collected in fundraising are in no way insured. If they are lost or lose their value, there is no private or public insurance representative that buyers can reach out to.

If a campaign does not end successfully, or is canceled by its creator, or by moderators, Telomere Coins are returned to the wallets of those users who transferred funds to the wallet of the campaign. If the user made their payment in a fiat currency (USD, EUR, RUR, or any other), the funds are returned to their ETH wallet inside the PUBLIC FUND system. The user can withdraw this ETH or use them to participate in any other campaign launched on the Telomere Coins platform.

Telomere Coins are a new and relatively untested technology. In addition to the risks mentioned in this document, there are certain additional risks that the team of the Telomere Coins cannot foresee. These risks may manifest themselves in other forms of risk than those specified herein.

This Agreement constitutes the entire agreement between the parties with respect to the subject matter of this Contract. All previous agreements, discussions, presentations, warranties, and conditions are combined in this document. There are no warranties, representations, conditions, or agreements, express or implied, between the parties, except those explicitly stated in this Agreement. This Agreement may be changed or amended only by a written document duly executed by the parties.

Telomere Coins are created according to the ERC20 specifications of the Ethereum blockchain. Exact information about our smart contracts will be added soon – we are working on it right now.

Telomere Coins are generated and issued automatically as well, and only after the receipt of contributions to a campaign’s smart-contract, be it ETH or BTC, is confirmed. This protects the issued Telomere Coinsfrom fraud and backs all Telomere Coins with a real monetary value.

Only account owners have access to their wallets. Passwords to accounts are not stored on the site, with hashing used for fast login . Users can either store passwords to their wallets on the platform or delete them for security reasons. In this case, a user will have to enter the password to their wallet, which is not saved on the Telomere Coins platform, for each transfer and pledge.

Transfers made by users are recorded in the system and encrypted. User wallets are also encrypted on the platform, and their association with user profiles is minimized as much
as possible.

All personal user data, including passwords, emails, and wallet IDs, is encrypted. This protects Telomere Coins users from hacking or information leaks. Even in the worst case scenario, user data, passwords, and wallets will remain safe, since no access to them or money transfers from them is possible.